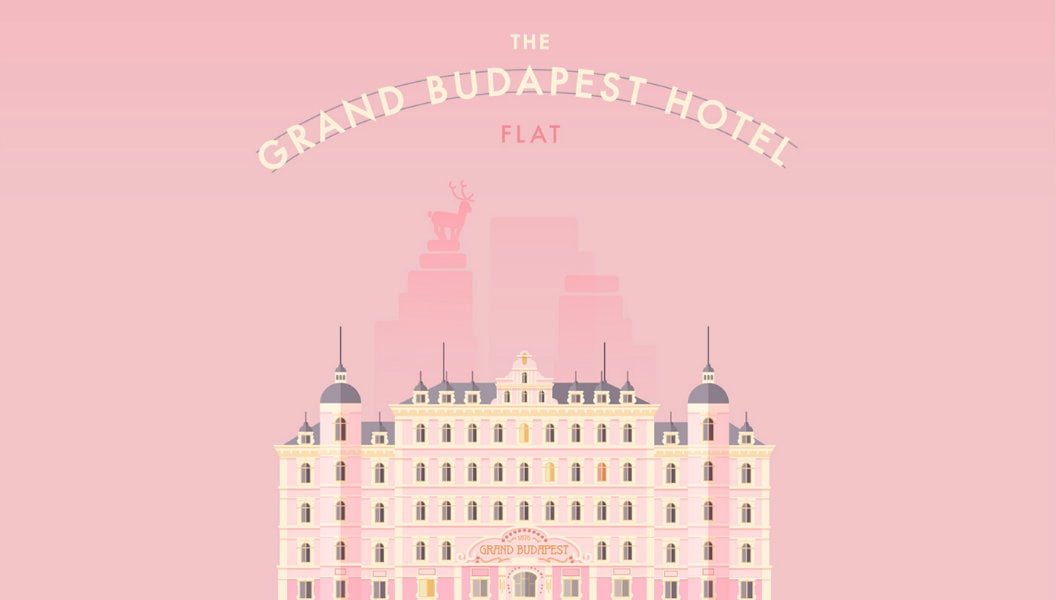 For designers and design fans alike, a place of color, imagination and inspiration is a consistent state of mind. It’s safe to say that no one portrays that place quite like director Wes Anderson, whose frames of intricate color, symmetry and graphic design create stunning worlds unlike anything before them.

While it may seem as though Anderson’s technique can only serve those pursuing the art of film, it’s important to remember that all design is, after all, design—and therefore can translate through a variety of different mediums. For web designers, the elements Anderson uses to create vivid scenes actually render quite well into pages. Here are the top elements to consider when creating a Wes Anderson inspired website.

Wes Anderson’s symmetry. The craftsmanship and thoroughness of this particular subject could stretch the span of several blogs. To keep it short, it’s fair to say that he uses the art of consistency and reflection with an ardent persistence throughout all of his great works.

Here’s a great example of what we mean:

Anderson is relentless in his pursuit of beautiful cinematography, and it’s obvious the balance he strikes is of great intention. He turns the rule of thirds on its head, while maintaining respect to its ideals. He draws your eye inward, and his lack of distraction is often a distraction in itself.

In your web pages, you can use this technique by focusing on your visual balance. If you’re centering an element on the page, and there are other elements incorporated into the design, consider having them in balanced proportion on either side.

Of course, if one element in particular is of great importance to your viewer, you should absolutely structure your page to give that element dominant visual hierarchy.

Just don’t let anyone convince you that symmetry is boring. Having a page that is intuitive and easy-to-digest is imperative to your user experience (UX) and a hallmark of what makes a web design great. You can still be creative while working within the confines of balance.

While each Anderson film has its own unique palette, there is a general warm overtone that covers a great majority of his work. Color is one of the most basic elements of Anderson’s form, and through some scenes it sometimes seems like he’s going overboard in his meticulous refinement of the colors used.

You don’t have to be quite that strict, but you can certainly use Anderson’s warm, moody palettes to influence your site. Here are some palettes inspired by Anderson, created via the Coolors online tool. The first is inspired by The Royal Tenenbaums, and the second by Moonrise Kingdom. 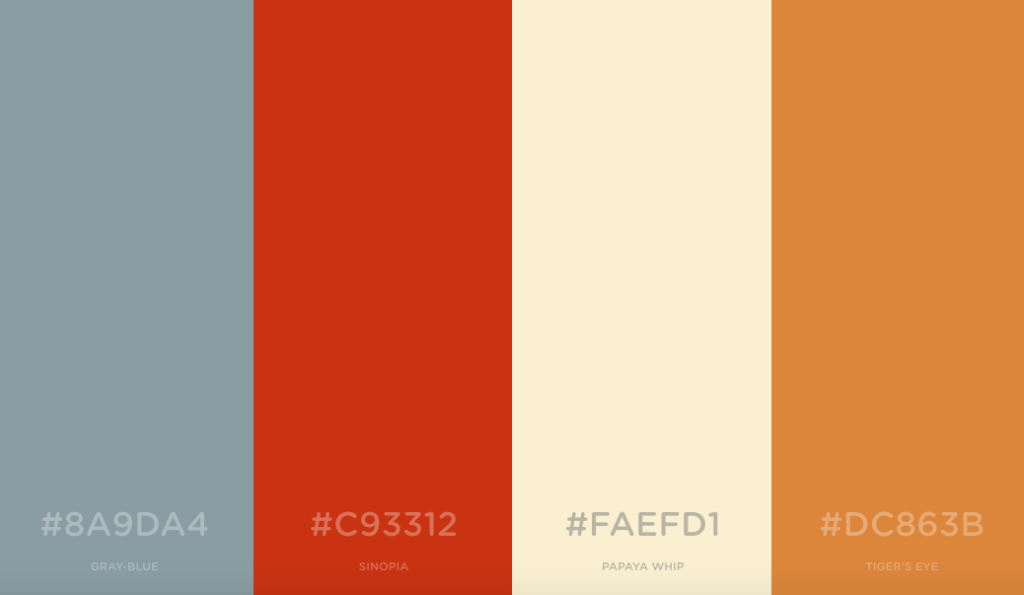 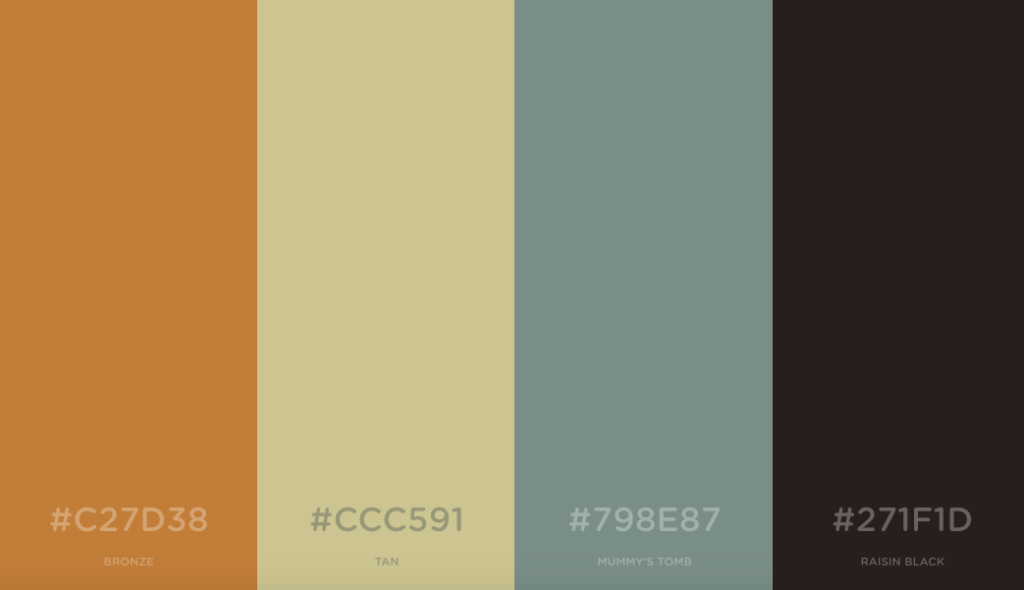 If you’re talking Wes Anderson and design, you’d be silly not to mention his most primary and easily recognizable (to our eyes, at least) artistic choice: the Futura font.

No, really. He uses it everywhere:

It’s easy to see why. Futura is a beautiful font — one which evokes feelings of modernness and vintage glamour simultaneously. It’s easy to read and looks great in all caps, which is useful for various signage throughout the films.

Honestly, can you imagine living in a city where all of the signs were written in the same type?

Using “Futura” on your website is a simple and timeless reference to Wes Anderson that anyone can try.

Wes Anderson’s attention to details is a hallmark of his work, and a predominant reason he is heralded as one of the greatest filmmakers of this generation. The Grand Budapest Hotel’s lead graphic designer, Annie Atkins, spoke to Dazed Magazine about how insanely focused he is to the smallest of prints and stage elements—many of which are never actually seen in the film.

“The people that see it are the actors and the director,” Atkins told Dazed. “If you can give those actors authentic feeling props that have little details that take them into this world, then I think in some tiny way it goes towards the movie as a whole.”

This is the one site where Anderson shouldn’t be so different from you in his approach to art and creation. In order to be an incredible designer, and not just another one, you need to be committed—committed to refinement, to keeping a vigilant artistic eye, and to paying a great deal of attention to detail.

We think you’ll be great. To keep you inspired, here are some more examples of what happens when creatives adopt Wes Anderson’s style:

A restaurant designed by Wes Anderson himself: 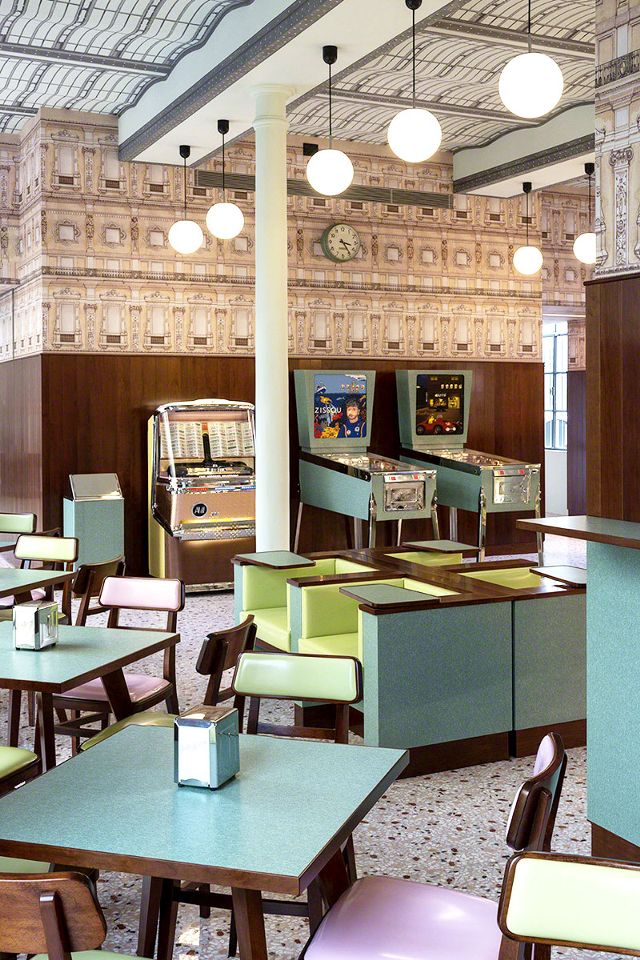 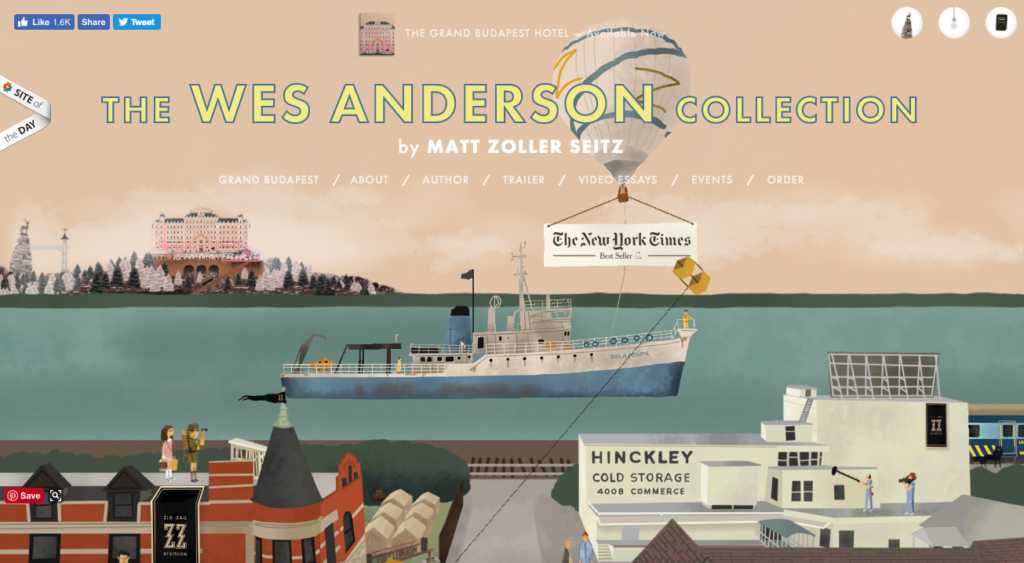 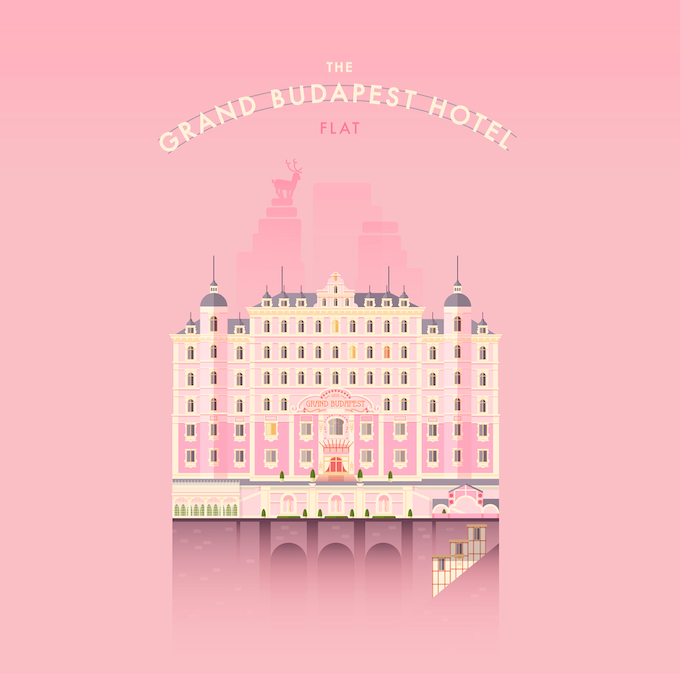 What do you think of Wes Anderson? Any other ways he's inspired your web design? Drop us a comment and let us know what you think!

Lexi Merritt is a freelance digital strategist living in Orlando, FL. She works primarily with small businesses, helping them create quality content and share it in a way that excites their audience. When she's not typing away on her Macbook, she enjoys reading, exploring Florida's outdoors and finding new music to listen to.

How to Hire a Product Photographer for Your Website