How can I create comic book designs?

Whether you occasionally dabble in geeky interests or you embrace full-blown nerdom, you've probably wondered how to draw comic book art for yourself. Luckily, creating your own graphic novel-inspired art can be easy with the right tools. Below we've listed tutorials that will teach you the following:

The reasons you should

Comic-lovers know the right superheroes can turn us into big kids. That's because, for many of us, graphic novels and action stories were a childhood staple. These stories provide a sense of adventure and a character to root for. It may sound very interesting for children to draw their favorite characters. If you are looking to teach your children Photoshop, then it will be more interesting for them to draw such comic characters. It will increase their intelligence level to think broadly by many factors. Once you go through all of these tutorials, you will be better at creating comic art of yourself or any other person and that is a skill that can be monetized. Comic art pieces are not natural hence they require great deal of creativity and precision to draw a comic book art.

If you’ve ever wanted to make your own adventure by designing comics, there's never been a better time than now. With the current software and tools available, a designer can easily create a comic from scratch. To help you get started, we've compiled an awesome list, including font tutorials, logo how-tos, and more.

Show your artistic strength by creating hero (and antihero) fonts in Adobe Illustrator and Photoshop. Below are styles inspired by Suicide Squad, Spider-Man, and The Avengers, just to name a few.

This Incredible Hulk font tutorial is doable via Illustrator or Photoshop in just a few simple steps. Plus, the tutorial is written, so you can continue to scan through and refer back to helpful steps.

This Spider-Man font is diverse enough to fit into whatever Spider-Man universe you like most. This brief tutorial is only twelve steps.

In this tutorial, you'll learn all about the Avengers font as well as how to create a back-lit effect for your own designs.

While Suicide Squad received mixed reviews, the fonts and effects in the movie certainly have their own charm. Learn how to imitate the good stuff with this tutorial.

How to Create a Suicide Squad Inspired 3D Text Effect

This Superman text is perfect for classic designs and superhuman illustrations. This tutorial includes a step-by-step video to teach you the steps involved when creating an other-worldly font.

This in-depth tutorial will show you the ins and outs of making a Captain America font, as well as a metallic background.

Speaking of metallic, this Thor-inspired text can be used for a number of “metal” designs. This written tutorial perfectly demonstrates how to replicate the effect.

Excited about Justice League? Pump up your friends and illustrations with this Justice League Text effect. Check out the video tutorial for more.

Any designer knows a logo design can make or break a company, which is why superhero badges are so iconic. Below are tutorials for Superman's symbol, Captain America's shield, the X-Men logo, and more.

If you've ever wanted to know how to create the famous Superman symbol, this Photoshop and Illustrator tutorial simplifies the process and provides steps to create a gradient background.

How to Create the Batman Dark Knight Logo in Adobe Illustrator

Dark Knight fan? This Illustrator tutorial by Andrei Marius shows you the steps on designing “the bat” from your favorite Batman movie. 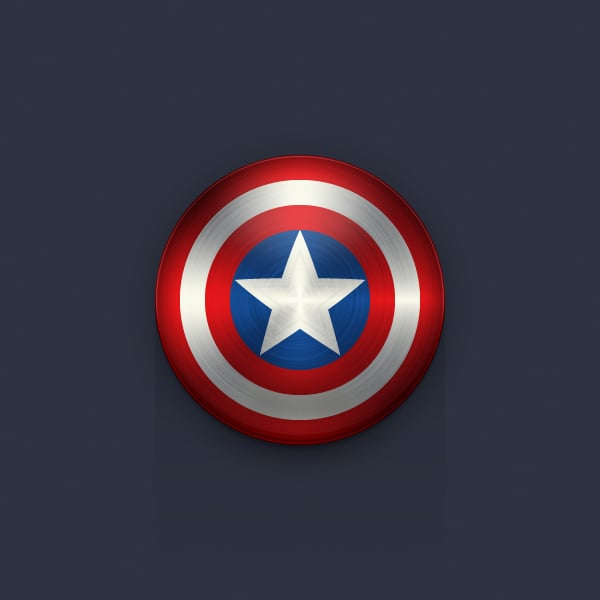 Captain America's shield has become an iconic aspect of Marvel movies and shows. Now you can create your own, with a realistic metallic gleam, using the Illustrator tutorial above.

How to Create the X-Men Logo in Adobe Illustrator

If you've got a special mutant in your life, this Illustrator tutorial could be just the thing to impress them! 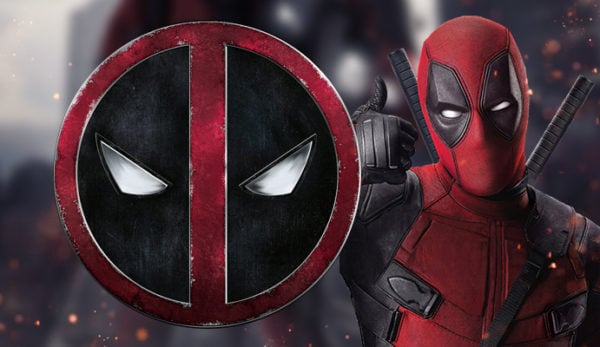 In this Photoshop tutorial, you'll learn how to make your own Deadpool logo, complete with stylized eyes and distressed effects. 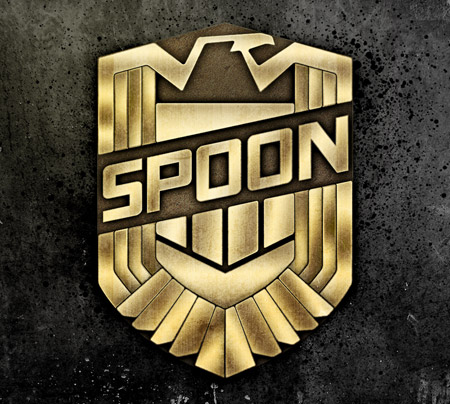 Are you a Judge Dredd fan? If so, the tutorial above will show you how to make your own Judge Dredd-style badge via Photoshop or Illustrator. 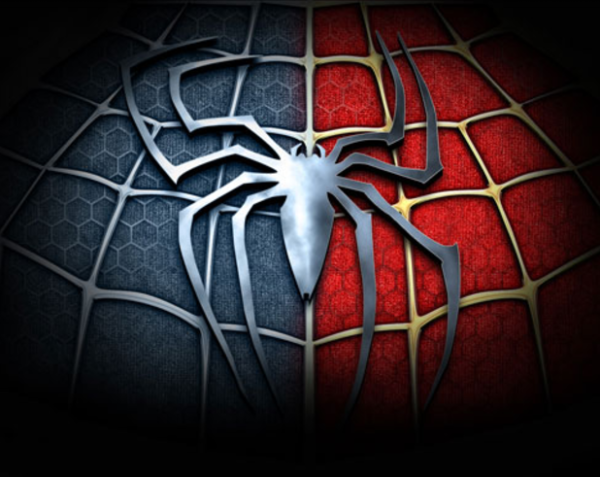 Spider-Man 2 is still ranked the best Spider-Man movie of all time, making aspects of the movie nostalgic for many. The tutorial above will take you back by showing you how to design the Sam Raimi-style spidey suit.

This simple tutorial teaches you to create the classic Batman symbol, which can be perfect for anything from invitations to posters. Holy Toledo!

For anyone who loves fan art or wants to create their own hero, the tutorials below are sure to offer awesome tips and tricks. You can find tutorials on illustrating Wonder Woman, Deadpool, and other one-of-a-kind characters. These tutorials are great resources for teaching you how to draw comic book art, whether it's original or inspired by a favorite!

Photoshop Tutorial: How to do a Wonder Woman Digital Painting

The recent release of Wonder Woman has left fans feeling especially endeared to this hero and her story. In this Photoshop tutorial, you'll learn how to paint Wonder Woman in your own digital designs.

In this video tutorial, you'll learn how to make the Wonder Woman logo, inspired by the recent movie release.

How to Create Thor’s Hammer in Adobe Illustrator

Thor's hammer is one of the most iconic weapons wielded by a superhero. In this Illustrator tutorial, you'll learn how to digitally paint your own Mjolnir.

How to Create a Dark Batman Photo Manipulation in Adobe Photoshop 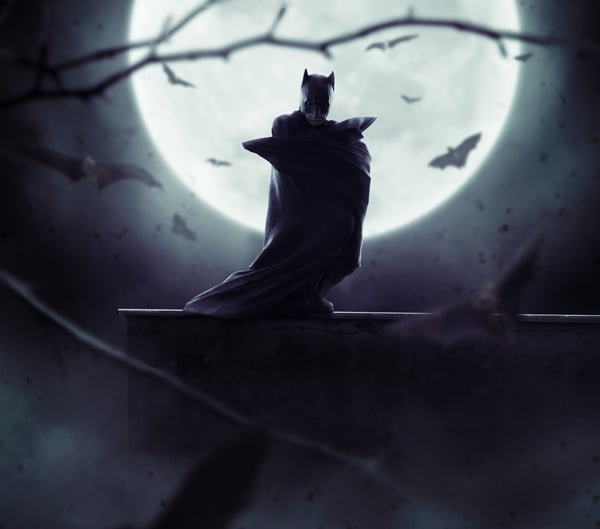 With the Photoshop tutorial above, you can create your own brooding, misunderstood Batman. What's great about this tutorial is how much it will teach you about manipulating photos to create an image all your own.

How to Create a DareDevil Intro in After Effects

Netflix has had much success with their Marvel shows, Daredevil being perhaps one of the most successful. In fact, Vanity Fair called it “Marvel's Biggest Triumph Yet.” In the After Effects tutorial above, you can learn to create your own Daredevil intro, and you can continue to apply the skills you learn in this tutorial to your future multimedia projects.

Create the Avengers Poster in Photoshop

Those familiar with Ant-Man know he can shrink on command. In the film, the SFX show him doing this seamlessly. With the video above, you can learn to apply these same effects to your own videos and projects. 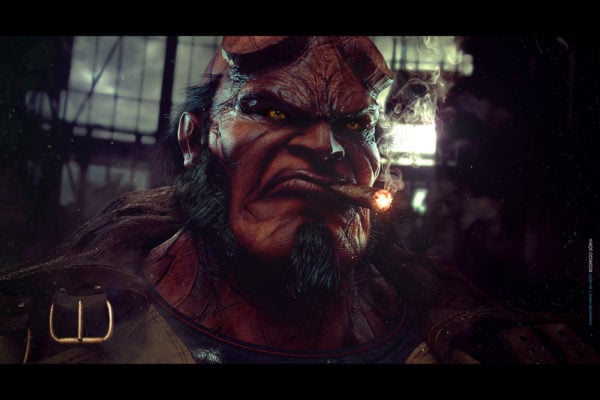 Want to make a hyper-realistic digital painting? With the tutorial above, you can practice doing just that by creating Hellboy via After Effects and Photoshop.

Create a Hellboy Poster in Illustrator 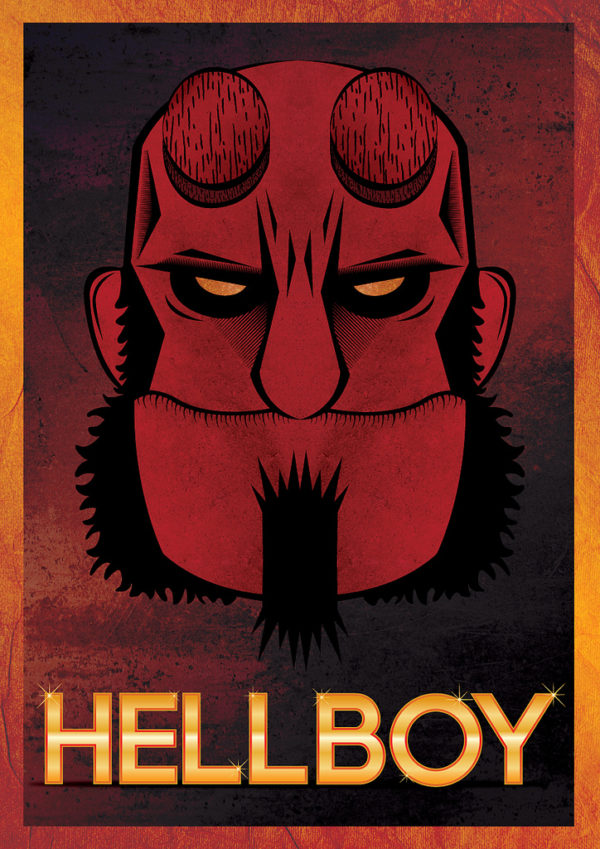 You can also create your own Hellboy vintage poster using the tutorial above. This Illustrator how-to goes over everything, from lettering to texture to cartoon design.

Do you ever feel like your stationery, wedding invites, or business cards could be improved by the X-Men? If so, you're in luck! Above is a tutorial on creating stationery set for students of the X-Mansion.

How to Digitally Paint a Superhero Portrait in Adobe Photoshop 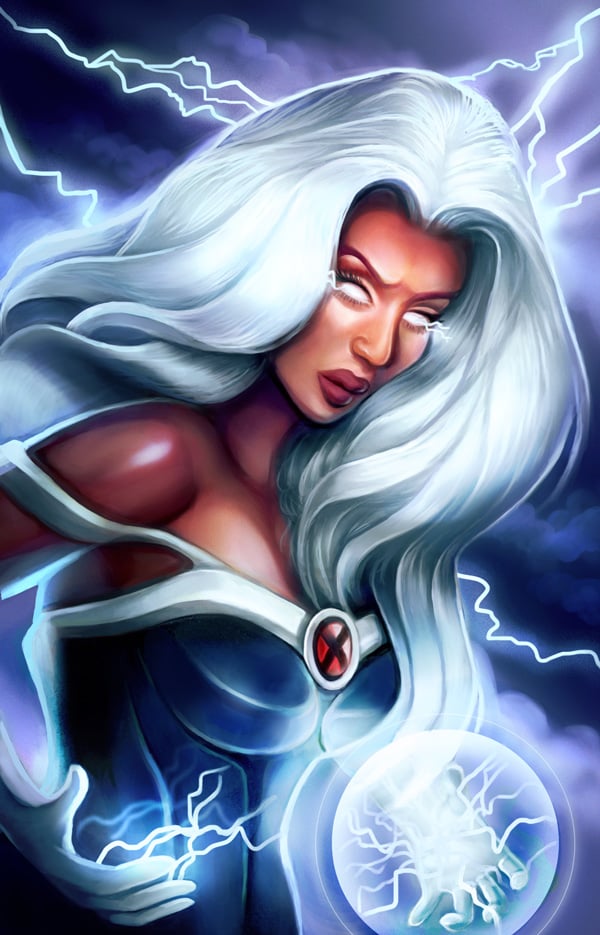 Speaking of X-Men, you can now digitally paint Storm (or any superhero of your choice) using the Photoshop tutorial above.

And just in case you can't get enough mutants, the tutorial above can show you how to illustrate Wolverine in realistic digital painting.

How to Create a Simple Geometric Vector Deadpool in Photoshop 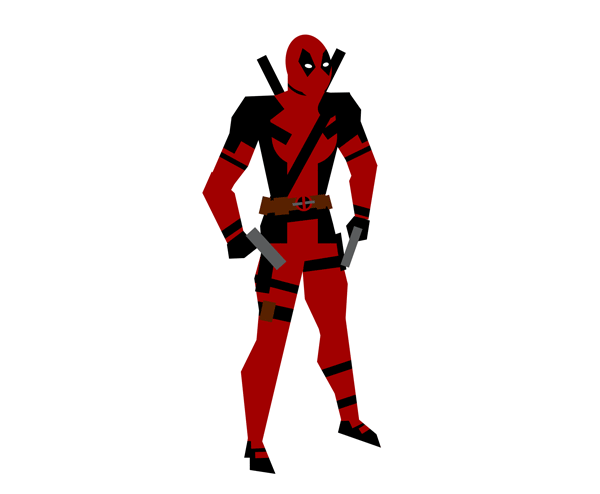 Deadpool, although not exactly part of the X-Men crew, is a favored mutant of many. You can quickly learn to create a cute Deadpool vector using the Photoshop tutorial above.

Maybe you have your own character in mind, in which case, the tutorial above is a great choice. You can learn to design your own hero in Photoshop or Corel Painter. 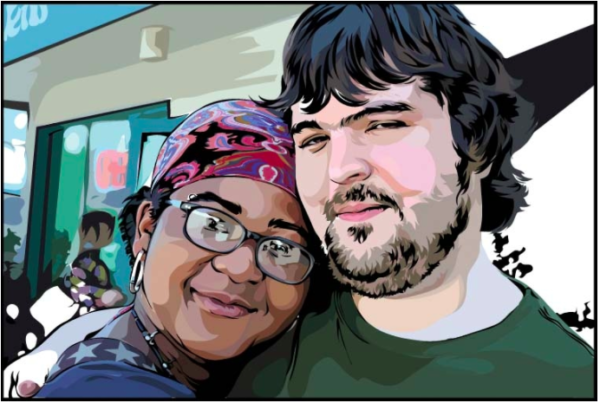 The art style in A Scanner Darkly is unique and memorable. Now you can apply it to your own work with the Illustrator tutorial above.

If you are interested in pulp and pop art, then this tutorial is a great tool. With the tutorial above, you'll learn how to incorporate this classic style into your designs.

How to Ink a Comic Character in Adobe Illustrator 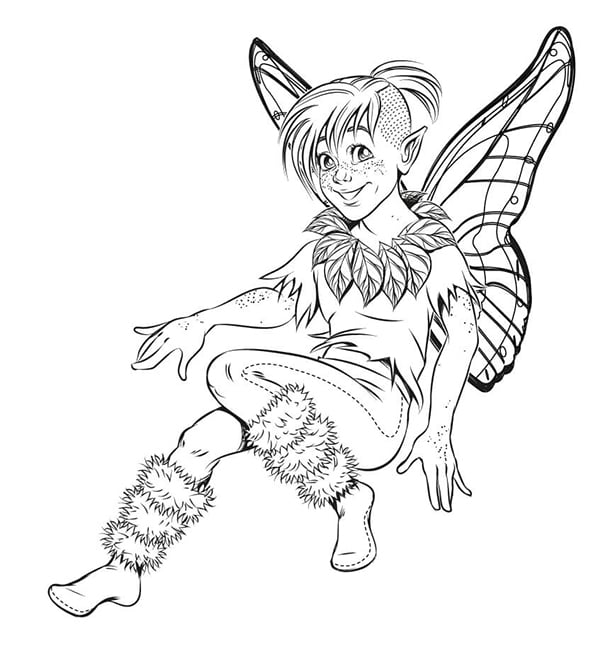 The inked style of comics and graphic novels makes them especially appealing visually. In this Adobe Illustrator tutorial, you'll learn exactly how to ink a character.

We hope you can use this list of tutorials to create your own awesome graphic novels. Have more tips to add? Let us know in the comments section.

Kaitlin Westbrook is a content writer who covers business, creative content, professional writing, and more. When she's not writing, she enjoys movies, baking, and her Pomeranian.