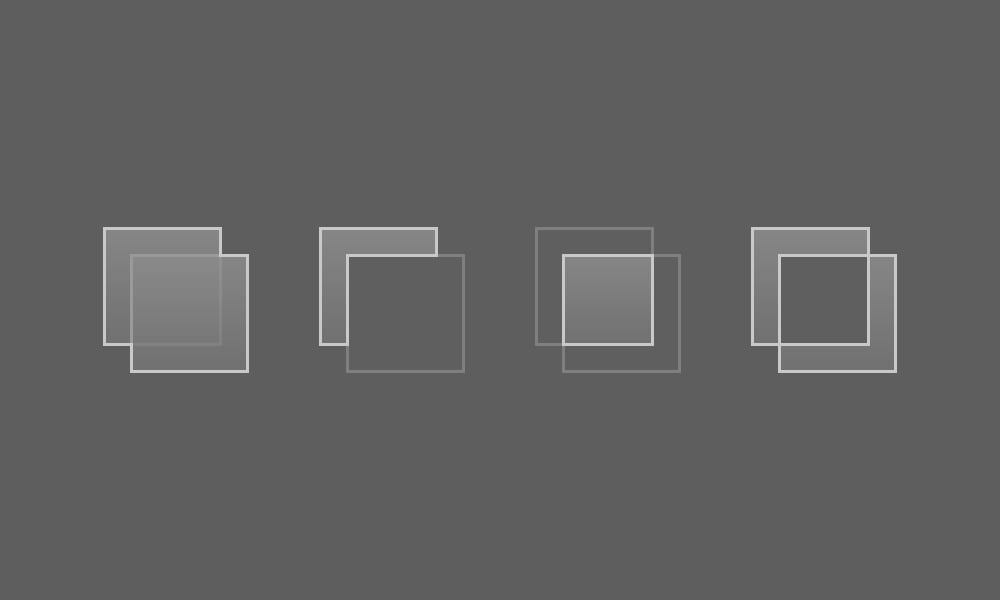 If you aren't familiar with Illustrator's extremely handy “Pathfinder” palette, you might sit down for a few moments to play with it, because it is a true time saver and an excellent tool for manipulating paths. First, of all let me say that “Pathfinder” is a horrible name for this palette. It doesn't actually “find” paths. It makes it easy to combine paths, divide objects, subtract shapes, etc. The pathfinder tool enables you to edit and customize a variety of shapes in a neat and clean way. The pathfinder tool makes it quite simple and easy to do away with different geometrical shapes. Unlike conventional editing software, the Pathfinder tool in Photoshop is a shortcut to your complicated editing problems. If you are aware of some of the basic functions of Pathfinder, then you can achieve a lot of results from this tool. The best bet is to practice with these tools and different geometrical shapes so that you get a better idea of how it works. When you are working on a complex project, Pathfinder tool can be the perfect bet for you to achieve your desired results.

Above is a screenshot of the Pathfinder palette. You'll notice 11 buttons right away. In this tutorial, I will be explaining the 5 buttons on the top row, and the differences between them. The bottom 6 buttons are a little more advanced, but I'll give you some pointers about those at the end of the tutorial.

To follow along: Open a new Illustrator document and create any 2 shapes you like. I used a rounded rectangle and a star. I will use the same 2 shapes in each example. 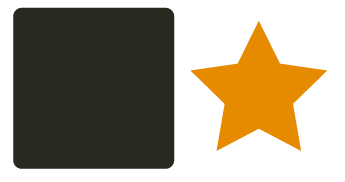 Here we will be combining the paths of 2 shapes, to create 1 single path out of the 2 with the click of a button. First, overlap your 2 shapes similar to this: 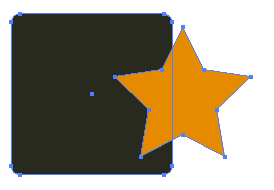 Now, with BOTH shapes selected, click the “Add to Shape Area” button in the Pathfinder:

Now you should see something like below. Notice that the pathfinder changes the fill color of both shapes to the color of the top shape. 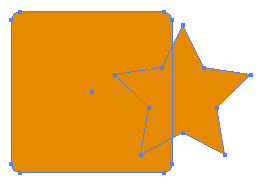 Essentially, all pathfinder did was it made a compound path out of your 2 shapes and made them have the same fill color. Now, If you immediately hit the “Expand” button, Pathfinder actually creates a single path to define the compound shape. (Note, if you don't hit the Expand button immediately after the Add to Shape Area button, it will get grayed out, so you have to do it right after)

After clicking Expand, you should see a single path: 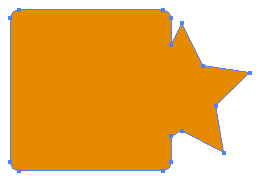 This is a neat one because you can basically use any shape as an eraser or “cookie cutter” so to speak. Overlap your 2 shapes similar to this: 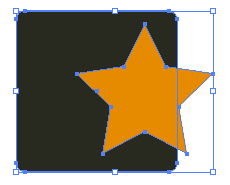 Now, with BOTH shapes selected, click the “Subtract from Shape Area” button in the Pathfinder.

What this does is Illustrator subtracts the top shape from the bottom shape. The shape doing the subtracting must be on top. 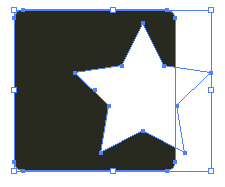 You'll probably notice that the path from the top shape is still there, so immediately click the “Expand” button in Pathfinder to get rid of the extra paths left behind from your cookie cutter.

And you should now have a single clean path to work with: 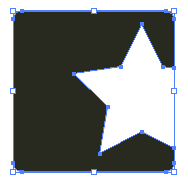 The next Pathfinder feature is the ability to intersect shapes. What this means is overlapping 2 shapes, and getting rid of anything that ISN”T overlapped. So to start, overlap your 2 shapes similar to below. 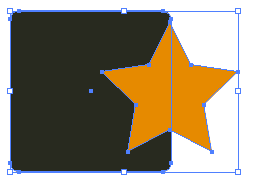 Now, with BOTH shapes selected, click the “Intersect Shape Areas” button in the Pathfinder.

Illustrator gets rid of everything except the parts of the 2 shapes that were overlapped: 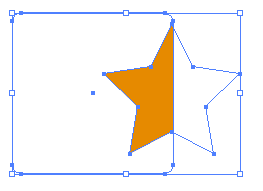 You notice the paths from the original 2 shapes still there, so immediately click the “Expand” button in the Pathfinder to make a single path around your overlapped shape, while getting rid of the 2 original paths.

And you now have a single, clean path made out of the overlapping section of the original 2: 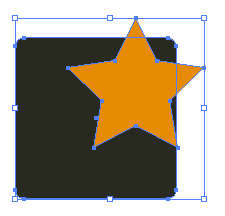 Now, with BOTH shapes selected, click on the “Exclude Overlapping Shape Areas” button in the Pathfinder.

Illustrator excludes any shape areas that were overlapping at all, like this: 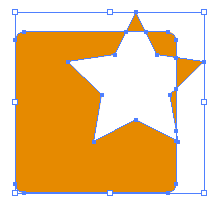 It isn't the case here, but if your shapes are complex and you see extra paths in the excluded areas, click the Expand button to get rid of the paths left behind.

Tips for exploring this on your own:

I didn't cover the bottom row of buttons in the Pathfinder palette because it would get extremely confusing. Essentially the bottom row buttons perform a number of combinations of the top buttons. For example, the “Divide” button will divide the bottom shape with the top shape, AND the top shape with the bottom shape all at the same time. You may have tried doing all such stuff manually but it is not possible. You have to use different tools and pathfinder itself to make things happen in the virtual world of designing. Getting better at hand with few tools like Pathfinder will give you an extra edge over your competitors.

I encourage you to explore the Pathfinder for a few minutes on your own. It just may make your life a little “bitt” easier 🙂

Continue Reading
You may also like...
Related Topics:How To, Illustrator, Reviews, Tips, Tutorial

Opacity Mask Basics: Illustrator
How to Make a Repeating Shape Pattern in Illustrator