Another nice font release from Gyom over at Last Soundtrack has hit the web. I'm a loyal fan of Gyom because he consistently releases great fonts, and all he requires for a commercial (full) license is a donation in the amount of your choosing! To me, Birth of a Hero seems to be geometric and grungy at the same time, which could prove quite useful in certain applications. See what you think, and maybe download it and keep it in the bag for later.

Birth of A Hero also has plenty of the extra characters that most free fonts fail to deliver. Here's a quick look at the main character set: 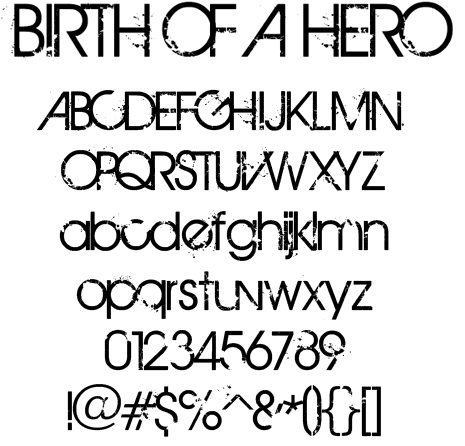 Continue Reading
You may also like...
Related Topics:Fonts, News